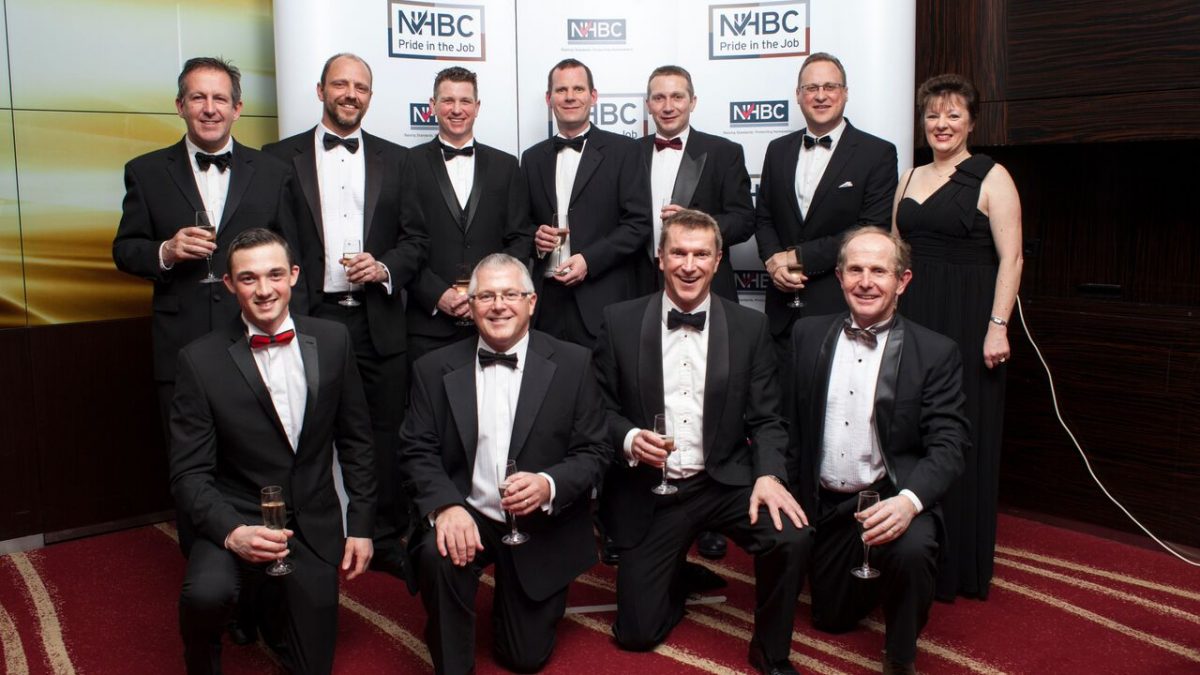 The NHBC ‘Pride in the Job’ Supreme Awards for 2015 was held on 15th January at the Park Plaza Westminster Bridge, London and C G Fry & Son directors and members of staff were on hand to cheer Steve on.

Steve commenced as site manager at Poundbury in October 1993 working with The Duchy of Cornwall. He has won the ‘Pride in the Job’ supreme award for the North East Quadrant which has well-designed open spaces integrating a range of recreation, play and community gardens for both residents and workers. The latest quota of new homes at Poundbury is a mix of classical and vernacular in style and range from classically designed five bedroom houses to one bedroom apartments.

Pride in the Job is the house-building industry’s most prestigious awards programme, and the award is the highest industry accolade a site manager can receive. It recognises the UK’s best site managers who achieve the highest standards in house-building and has been instrumental in driving up the quality of new homes for 35 years. The judging process lasts 11 months to ensure that site managers are assessed at every stage of the build and winners are selected from an initial pool of c.15000.

Philip Fry, Managing Director C G Fry & Son Ltd said: “This is the 6th year in a row that C G Fry has been a finalist; two years ago Steve was a runner-up, and now he’s gone one better! This is such a great accolade for not only Steve but all of his team and the whole company. To get selected as number one from the thousands that enter is a fantastic achievement. We will continue to strive to ensure we remain one of the best builders in the country as we take the company forward.”

Steve Walker site Manager C G Fry & Son comments: “I was overjoyed when I heard my name read out as the Supreme Winner in our category, but I couldn’t have achieved it without a great team behind me. Receiving this prestigious award and being publicly recognised by the highly respected NHBC is very much as a result of the ethos of C G Fry & Son as a company, and its reputation for consistently building quality homes with attention to detail.”

Kevin Murch, Construction Director C G Fry & Son Ltd concludes: “When Steve’s win was announced I couldn’t help but jump for joy! Winning the Supreme Award 2015 is fantastic and means so much to Steve and all the team at C G Fry and they do a first-class job at Poundbury. The NHBC ‘Pride in the Job’ awards are one of the few things in our industry that reward the very best of the site managers for their hard work in producing quality homes, sometimes under very challenging conditions and ever changing legislation. I would like to congratulate Steve and the whole team, including all of the sub-contractors on site in achieving this Supreme award – the next challenge is ‘How do we better this’?”