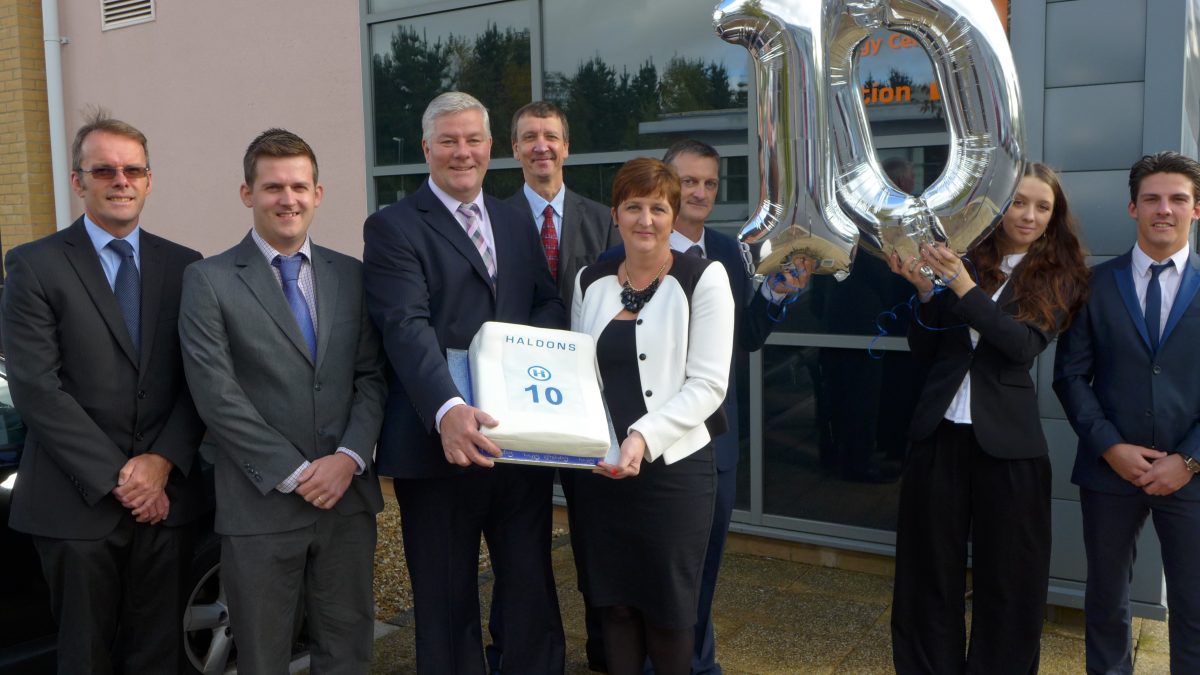 The team at Construction Consultants, Haldons Limited with offices in Exeter and Torquay, celebrated their 10th anniversary with a specially baked Birthday cake, pictured outside their Exeter office at the Sowton Business & Technology Centre.

Mark Coton, a Chartered Surveyor and a member of The Royal Institution of Chartered Surveyors, established the company with his wife, and co-director Maria 10 years ago.Formerly with a national consultancy based in Plymouth as leader of a team of Building Surveyors and Architectural Technicians, Mark later became office partner establishing a new office in Exeter before setting up his own firm.

A multi-discipline firm, Haldons provides a wide range of professional services in many sectors across the South West region and throughout the UK as a whole.These include, Architectural Design, Project Management, Quantity Surveying, Cost Management and Premises Compliance.Since established 10 years ago, the team has grown to a team of eight.In the last 12 months the firm has expanded further, with two new members of staff following the engagement of Mike Dunning a Quantity Surveyor and Tom Popham a Trainee Surveyor.

Mark Coton, Director Haldons Limited said: “It is hard to believe that the company has been going for a decade and continues to grow and thrive, particularly in this difficult economic climate.We wanted to mark this significant milestone with a special cake, which Maria and I presented to Martina and her team at Sidmouth Hospital.It was a thank you for their continued patient care during the 12 month construction works in and around the hospital.”