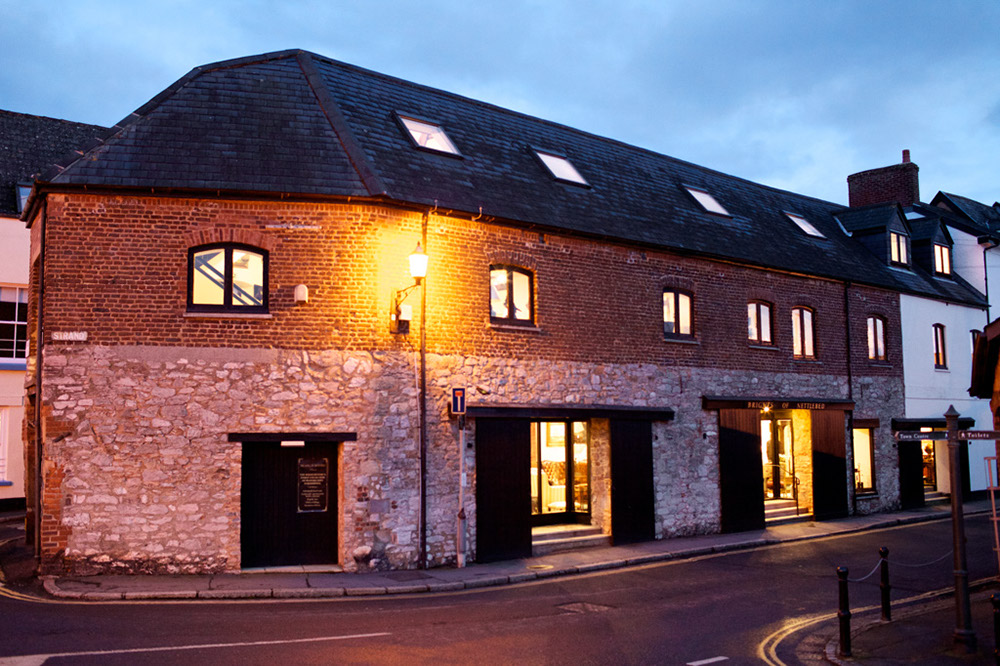 Exeter-based independent retailer Queenstreet Carpets and Furnishings, based in Alphington, announces it has signed the lease on a second store in Topsham which is to open on the 1st May.

The expanding family-owned business was founded by the late Malcolm Dixie and his wife Nikki in 1968 and was originally based in Queen Street, Exeter.Today the independent company is run by brothers, Gary & Mark Dixie who signed the new lease for a second shop located on The Strand in Topsham.The ‘Old Gaol’, a listed building located opposite Topsham’s quay area, was formerly known as ‘Brights of Nettlebed’ who refurbished the building in 1990 and have traded there until recently.

The two Dixie brothers have signed a lease on the new retail outlet which is a well-known local landmark building, it boasts a rich and interesting history.The foundations of the premises date back to the Roman occupation of Britain and in the 18th Century was utilised as a Napoleonic Gaol.Today the approach to the shop is a road, however, in the distant past it was a river, which transported prisoners direct from the building on to boats headed for Australia.

The new showroom will be selling the company’s extensive range of beds and furniture including sofas, and dining tables and chairs together with high-quality giftware and upholstery.The Alphington outlet will continue to showcase all their furnishings together with the existing comprehensive carpet range.

Gary Dixie, Co-director Queenstreet Carpets & Furnishings said: “We are a well-established local family-run retailer which has been trading in the city for nearly 50 years and have a loyal customer base.We are now moving into an exciting new era and expanding the business with the opening of a second shop.Formerly known as The Old Gaol, it is an attractive and well-known local landmark building which is 3,400 sq. ft. over three floors, which will be perfect to showcase our new range of luxurious home furnishings and giftware.We are doing some minor refurbishment including carpeting the ground floor and the stairway and looking forward to opening the new store on the 1st May.”