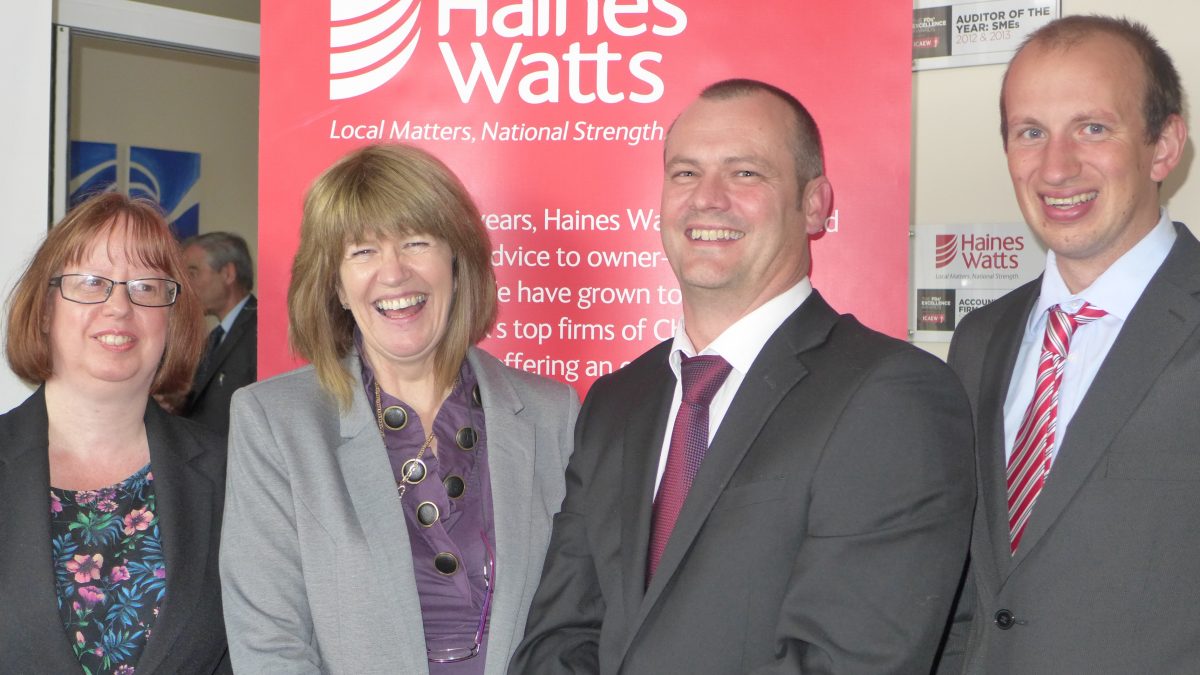 Award-winning Chartered Accountants, Haines Watts Crediton announces it has doubled its number of staff in the last 12 months.This follows on from the merger last autumn with reputable accountancy firm, C.C. Theedom & Co.

Accounts Assistants, Jackie Foan and Caroline Cocker formerly of C.C. Theedom and Co, together with Accounts Semi-Senior, Nicholas Vaggers, are the latest recruits to join the expanding team.Nicholas is a fellow member of AAT (The professional body for Accounting Technicians) and has 15 years’ experience gained from working within accountancy practices throughout the county.

Nicholas Vaggers AAT – Accounts Semi-Senior – Haines Watts Crediton said: “I joined Haines Watts as they are a friendly and professional firm with an excellent reputation for delivering services to their clients. I am looking forward to working with the team in the Crediton office.”

A national network with over 50 offices, each Haines Watts office operates independently offering a wide range of services tailored to the local market.The Crediton office primarily focuses on accountancy and taxation services to owner managed businesses and dealing with individual’s tax affairs. The National network enables the firm to offer specialist services that are not always readily available locally.

In 2014 the Haines Watts Group was announced as ‘Accountancy Firm of the Year’ in the small, and medium sized entities category at the annual Financial Directors Excellence Awards.This award was on the back of the highly respected group winning ‘Auditor of the Year’ in the same category for the two previous consecutive years.

David Park was founder Director of former Crediton-based Ocean Constancy Limited and in 2013 the practice merged with Haines Watts Exeter. Since that time as part of the Haines Watts Group, a highly successful Top firm of chartered accountants specialising in the owner-managed business sector, he has seen the business grow rapidly.

David Park, Partner Resident at Haines Watts Crediton says: “I can’t believe how quickly the time has gone since we merged with Haines Watts, it is most satisfying to see the achievements and success that have followed as a result of being part of this prestigious, and highly-respected brand.It’s been a particularly successful year; the Crediton office team has doubled in size; the Haines Watts group won ‘Accountancy Firm of the Year’ 2014 and our merger with Chris Theedom at the end of last year has further expanded the range of services we can offer. With our growing team we will continue to give a personal service to each of our valued and loyal clients, I am very proud of my team and what they have achieved.”

See the coverage in Crediton Courier