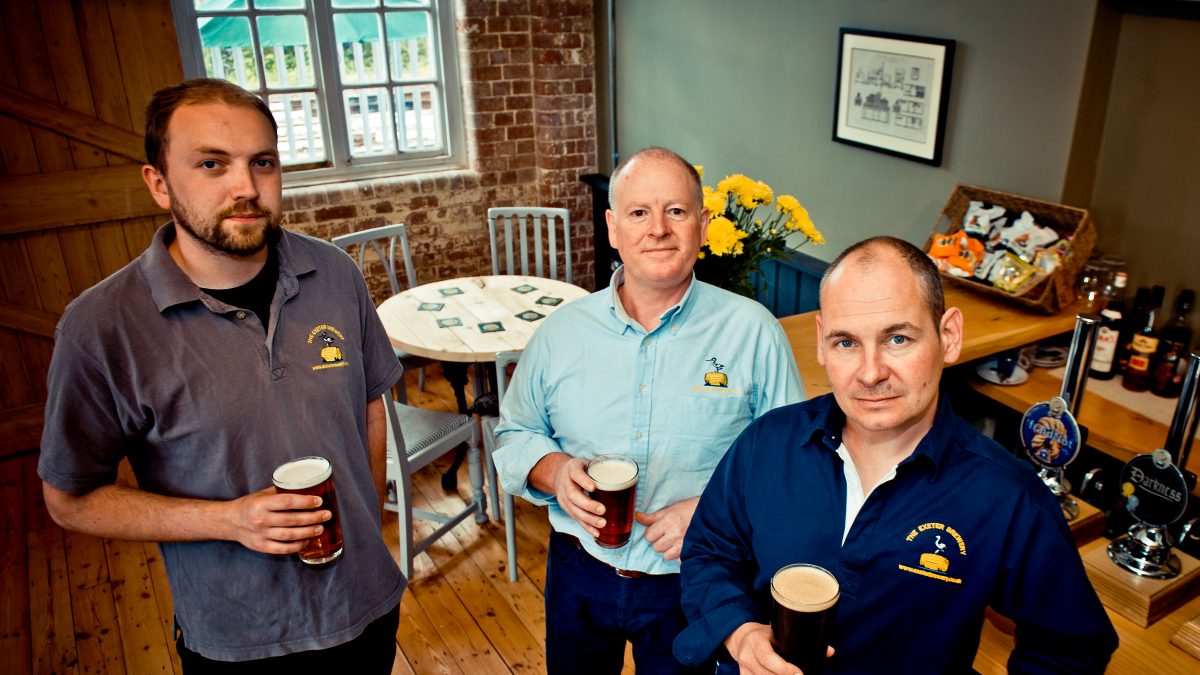 Some of the team at Exeter Brewery were on hand to take delivery of an exciting new piece of kit.

The 20 brewery barrel fermenter with a 4,000 litre capacity is made in stainless steel, and has been manufactured in the UK to a bespoke design.

Now taking the total of fermenters at their site on Cowley Bridge Road, Exeter to five, it will be used to brew their full range of seven beers including award-winning ales.

The brewery distributes to around 400 customers across Devon and more recently into parts of Cornwall and Somerset, with around 75 per cent of its beer going off in casks and the remainder sold in bottles.

The first independent brewery in the City for nearly 50 years, Exeter Brewery is owned by Managing Director Alan Collyer. Under Alan’s stewardship, the company has enjoyed rapid growth in the last seven years, and particularly since moving to the new site.

Alan Collyer, Managing Director – Exeter Brewery says: “It’s always great to receive new equipment. It gives the staff a real buzz as we all know it means greater flexibility in our production as well as increased brewing capacity.

“I am immensely proud of our team. We all work hard and these new fermentation vessels are a tangible demonstration that the hard work is bearing fruit. Demand is growing for all our ales, particularly our Avocet brand, which, as Devon’s original Organic real ale, has a unique flavour and seems to have attracted the attention of many drinkers. Since we first introduced Avocet in 2008 its popularity has grown, including in France, where we have exported bottled ale for the last three years.”