THE WAY I SEE IT

The Bigwave Business Games celebrates a decade of success 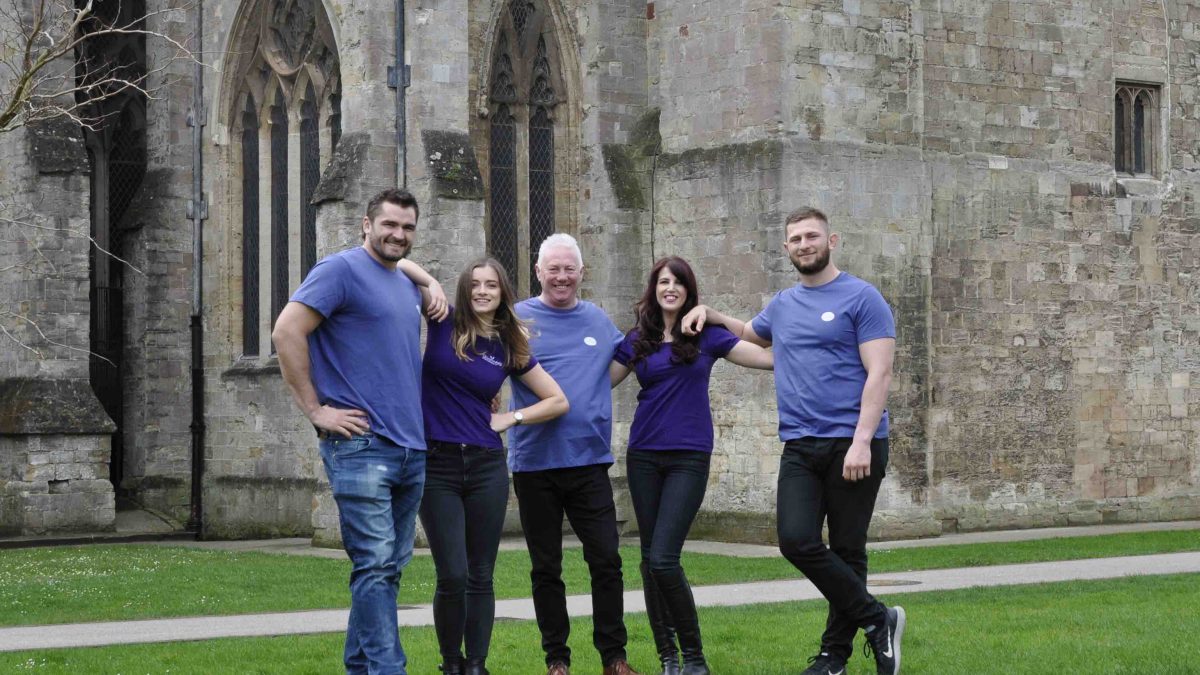 Mariam, a former nurse at Exeter’s R D & E Hospital, set up the Skin Angels campaign to share her knowledge with young people to enable them to make informed choices about skincare and skin protection. Regularly giving up her time for free to visit local schools and colleges with her team of therapists (Skin Angels), she helps to educate teachers and young people on the dangers of sun damage. She said:“I’m thrilled to welcome Alec and Don. I think girls mostly understand the importance of looking after their skin, however many boys today don’t tend to listen, and this is particularly why having these incredible new sporting ambassadors on board will really help to get that message out there.”

Alec Hepburn is an English rugby union player who plays as a loosehead prop. He

said:“Mariam approached me a year ago about getting involved. I grew up in Australia so understanding the dangers of what the sun can do to people and their skin, and even within my own family, I’ve seen what happens when you don’t take the necessary precautions, so it’s something very easy for me to get involved with.”

Don Armand originally from Zimbabwe is an England international rugby union footballer who plays as a flanker. He comments: “‘Heps’ is a good judge of what’s cool and he asked me to join him as a fellow ambassador for Skin Angels. I’m a bit older and have three kids so think the importance of raising awareness of regularly using sun protection is very important.”

David Greensmith has been an ambassador since 2016. A long-term survivor of life-threatening malignant melanoma skin cancer. During the very hot summer of 1976, he was diagnosed with a malignant melanoma at the tender age of 19 and given just 18 months to live, and 40 years later he is still here to tell the tale. David explains : “1976 was a pivotal time in my life, when we had a fantastic summer with temperatures regularly above 30 degrees centigrade. Back in those days, however, we weren’t educated on the importance of using sun protection and I never used suncream. It was a very worrying time when I was diagnosed with skin cancer and I spent six months in hospital where they performed ground-breaking techniques on me.” He adds. “I’m keen to support Mariam and my fellow ambassadors in getting this important message out to teenagers and delighted to have Alec and Don join us on our mission.”

Clara Bond is a local singer songwriter and created a single called ‘Porcelain’ for the Skin Angels campaign with all proceeds going to the Teenage Cancer Trust. She concludes:“The key message is to just embrace who you are and your natural skin tone. I think young girls see all these beautiful women with what they see as a healthy tan which in fact will age them in later years. The purpose of writing and performing Porcelain is to try and get young women to feel comfortable in their own skin.”

Read all about I:

The Best of Exeter