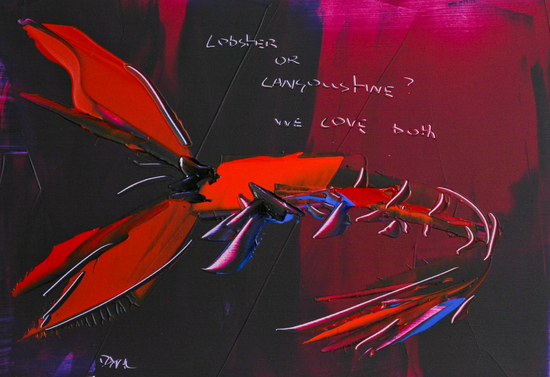 Many of the great artists of our time realise a creative talent at a young age, others work at it for years refining a style synonymous to them and some discover a their mastership by chance…

Glen King meets Duncan MacGregor on his visit to Triton Galleries in Torquay to promote his eagerly awaited collection “true colours”. His work is very fluid and often interpreted as abstract. Hailed as one of Britain’s most celebrated marine artists, he discovered his creative talents by accident. When opening new office for his indoor climbing business just 10 years’ ago. With a 20 metre blank wall and no budget, he set aside a weekend to gather some emulsion paint and a piece of canvas to create a work of art to fill the space. Requests to buy his handy work flooded in and his wife Mary walked around galleries in London with a wheelbarrow full of his newly created art and his new career began at the age of 40. Duncan describes this time as leaving him feeling ‘fantastic, wonderful, euphoric.’ Today he paints in acrylic which dries very quickly and has just one chance to get in right with a confident stroke of the pallet knife.

Art lovers from all over the South West gathered at Triton Galleries to view Duncan’s exciting new collection ‘true colours’ and the opportunity to meet the artist. Speaking to Duncan, it was evident that there are similarities between him and his work. Brimming with life and energy whilst remaining completely relaxed and serene, this is reflected in his striking yet hauntingly calm paintings. As the first to admit he has no formal training or academic perspective, Duncan draws little inspiration from other artists but instead from his memories in life. I find his work so colourful it is a shock to discover that he is colour blind!

“I live in Norfolk with my wife and son who is 14-years-old, but we also have a little place in Scotland which we try and get to as much as we can in the summer months. I love Scotland; it fills me with a great feeling. The piece called ‘Wild Flowers4’ is from a time we visited

Garvellachs off the west coast. It’s where Columbus first had his monastery and it is completely deserted, unusually for the coast it is rich in limestone which is great for wildflowers. I remember sitting there and just being surrounded by the grass, a light breeze and a romantic idle of wildflowers around me.”

One piece that gained particular attention at the exhibition was a beautifully vibrant depiction of a lobster in rich reds, ocean blues and deep plum purples. Duncan’s well known for his marine themes but paintings like this are a far cry from his well loved sailboats on the horizon.

“I’ve always been experimental; I’m not prescriptive and am quite happy to just let things happen. I have periods when I paint just for me. I go really quite wild and all sorts of different things happen, or don’t happen, there’s no pressure. The lobster was simply me capturing the memory of my son catching his first lobster. He caught all these Pollock, gutted them and cut up the bits and bobs into a lobster pot then wandered off to a rocky outcrop and threw it out with such confidence. The next day he walked down and as he pulled it in it was getting all snarled on the rocks, still he had such faith he had caught something and blow me down there in the pot were two fat juicy lobsters!”

Duncan spent 18 months sailing across the Atlantic Ocean travelling to some of the most beautiful and remote parts of the world. He also sailed around the British Isles including the much loved and inspirational Devon coastline, one place he will never forget though is Plymouth, an experience which evokes an emotional memory. Having bought a Victoria 34 sailing boat called ‘Just So’, Duncan and his wife Mary set aside a year to learn how to sail a boat on the sea; tie knots correctly; use celestial navigation and sail at night. Their first expedition was to sail as far as they could get along the South Coast.

“The weather had really closed down that night and it got very hairy, the wind was blowing us on to a lee shore and having listened to the local radio we knew we were one of only two yachts

out. Suddenly, I’m not sure of the name of it but an old fashioned coaster came along side and put us into the lee of his. He dropped his speed right down and sailed alongside us for what about an hour, protecting us from the harsh conditions. Once we reached Plymouth Sound we parted ways and began sailing in. Inexperienced as we were we forgot about the outer sea wall. All I remember is seeing hundreds of lights glowing against the backdrop of Plymouth. Thankfully the channel ferry was coming in and we were able to follow it in. It was a scary night, we had got it a bit wrong but the coaster and the ferry saved us. It will always stay in my memory.”

To view more of Duncan MacGregor’s work log on to: www.tritongalleries.co.uk 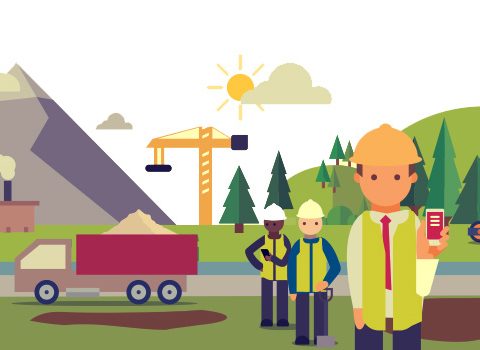 Local innovators Re-flow are leading the way in providing an affordable mobile workforce solution. Connect to your workforce in real time, wherever the job takes them.