Sefton Hall are finalists for the prestigious Caring UK Awards! 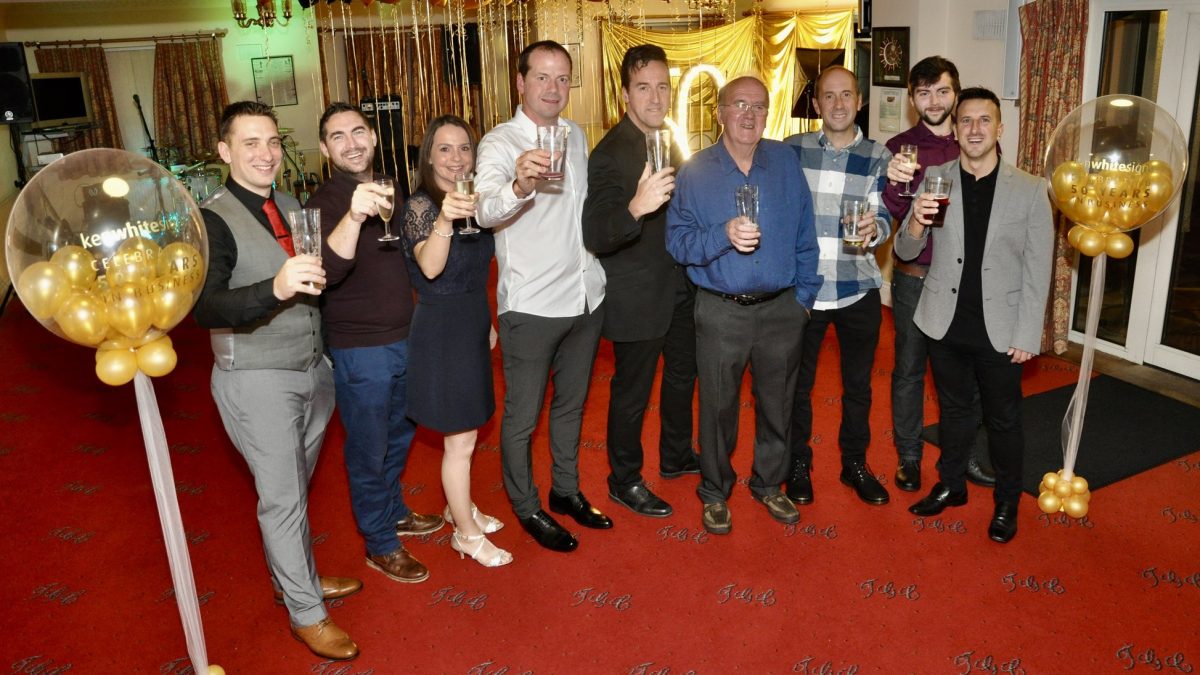 Ken White Signs (KWS), went back to its roots to celebrate its golden anniversary with an event held at Tiverton Golf Club, popular with golfers and considered to be among one of the best 18-hole parkland courses across the region. It brought back fond memories for Ken White, as it was exactly 50 years to the very day that he, and his late wife Jean, signed their very first business contract, which was for Tiverton Golf Club in 1967, and golf has continued to be Ken’s passion.

A keen artist, Ken is revered as one of the most skilled, traditional sign writers in the South of England, and although now retired, can still be seen hand-painting local signs. Keeping the business in the family, the running of this high-quality sign making company based in Tiverton, is now in the safe and capable hands of Ken’s three sons, Chris, Simon and Ben White.

The nine-strong Ken White team welcomed over 150 guests, made-up of family, friends, clients and suppliers to the dazzling 50th anniversary party, at the clubhouse, to help them celebrate this significant milestone for the company. A sparkling drinks reception complemented with golden wrapped chocolates, was followed by a sumptuous buffet. Live music was provided by ‘The California Calling’, playing classics throughout the decades, which got everybody up and dancing.

The 50th anniversary party culminated a six-month campaign of the company ‘giving back to the local community’ to celebrate half a century of family-owned business in Tiverton. Throughout that time, KWS has organised many give-away initiatives, including creating bespoke promotional banners for charities, and not for profit organisations, to promote their own individual projects and fundraising events. They also supported a number of Tiverton independent retailers, by designing and installing tailored window graphic displays for their shopfronts.

Continuing the hands-on community involvement, KWS worked closely with local primary and secondary schools, to help organise competitions for pupils to design a wall graphic with pictures and motivational messages, which the KWS design team transformed into a lasting plaque, proudly displayed at each school.

Going for gold, in mid-summer, KWS organised a charity ‘Gold Pant Mile’ fun-run through Tiverton town-centre, attracting over 100 runners and hundreds of spectators. Each participant sported a dazzling pair of golden bloomers and raised over 2800 for CLIC Sargent, the UK’s leading cancer charity for children, young people and their families!

See coverage on: The Exeter Daily

Read all about it: Somerset Living