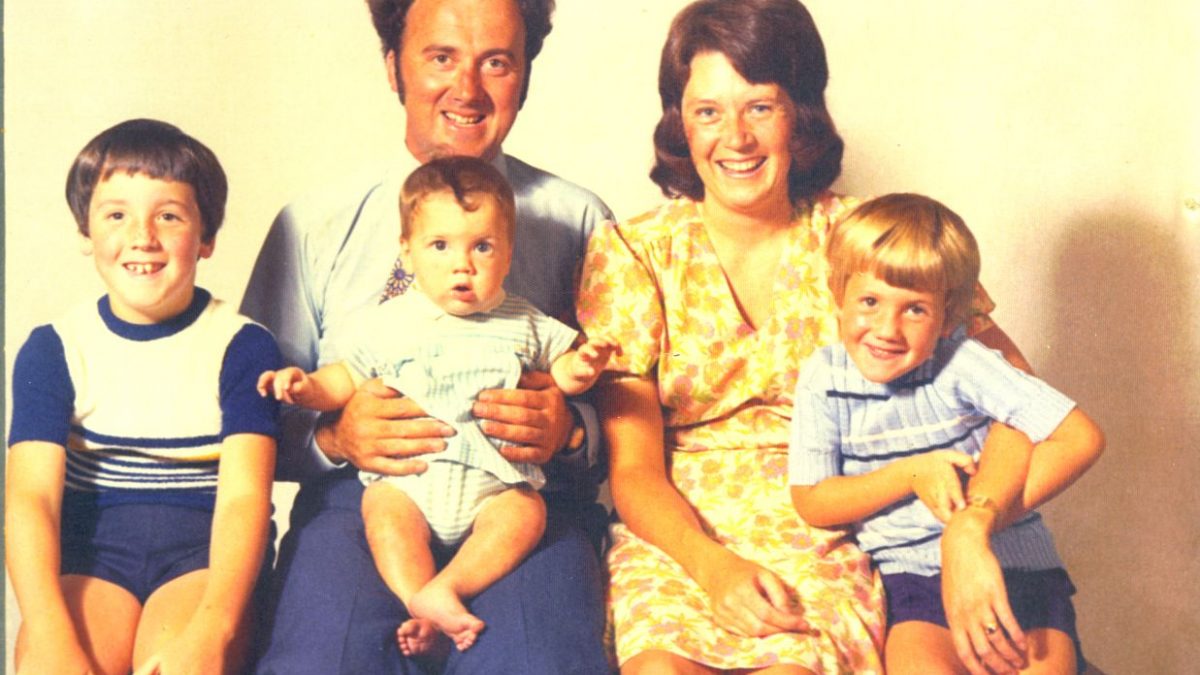 Ken White Signs, a high-quality sign making company, is celebrating its 50-year in business by giving back to the local community! As part of the golden milestone, the well-known, Devon-based family-run company is offering an array of FREE bespoke marketing material, to support many local charities, independent retailers and schools.

Ken White and his late wife Jean, started Ken White Signs (KWS) in 1967 in their home town of Tiverton. Their first contract was for Tiverton Golf Club, and golf has continued to be Ken’s passion. A keen artist, Ken is revered as one of the most skilled, traditional sign writers in the South of England, and although now retired, can still be seen hand-painting local signs.

A real family affair, Ken’s three sons all joined the business! Technical Director Chris, Ken’s eldest, started with KWS in 1987 and has vast experience in the print industry. Middle son, Operations Director Simon, joined straight from school in 1986. Overseeing the running of the workshop, carrying out fitting and installation he loves to get his hands dirty! The youngest Ben – Sales & Finance Director, joined in 1992, gaining a wealth of experience in all aspects of the business.

On the 22ndSeptember 1967 – Ken White Signs wasestablished by Kenneth William White and his wife Jean from their family homein Tiverton. The young sweethearts gotmarried in the same year!

Ken’s first job was at theTiverton Golf Club updating the Honours Boards for the first time – the startof a long and close working relationship which continues to this day.

Taunton Meat Haulage (nownamed Langdon Industries) was the first big client for the company and still a valuedKWS customer today – half a century on.

The couple’s first born wastheir son Chris White who was delivered safe and well on 16th March 1968. Chris joined the business in 1987 andtoday is the Technical Director.

During the 1970’s Ken WhiteSigns moved in to their first premises, located in in Whitton Yard, Cullompton.

Ken continued to grow thebusiness within the commercial sector and this included gaining Taunton Cideras one of their biggest clients at the time.

On 10th October 1974 Ken and Jeanwelcomed their third child Ben, into the world who completed the family. The youngest son, Ben is the Sales &Finance Director and joined KWS in 1992.

In the 1980’s Ken decided totake the plunge to embrace the computer technology age within the signage industry.He made a major investment in the first self-adhesive graphic machine on themarket.

Within this same period, thefamily business expanded with the introduction of Ken and Jean’s two eldestsons, Chris and Simon joining the company. Since that time, Chris has gained vast experience in the print industry,and Simon oversees the running of the workshop as well as installation andfitting.

An important move back toKennedy Way Tiverton took place in the mid – ’80’s. This then became the KWSbase for more than 25 years.

In the early ’90’s, Ken andJean’s youngest son Ben joined KWS, completing the family-run company. Since that time, Ben has gained a wealth ofexperience in all aspects of the business.

During the ’90’s Ken WhiteSigns expanded its client base, including two prestigious and blue-chip clients- The Body Shop and Christies Auctioneers, a British auction house founded in1766.

Further expansion included the engagement ofMark Lane and Shane Mears in 1997 and 1998 respectively to the team who areboth still key members of the workforce today.

Constantly reinventingthemselves, Ken White Signs entered in to a very exciting and new marketplace atthe turn of the century, with the launch of a product range specific for golf courses.

Par for the course, theDevon-based company soon gained an excellent reputation in designing andinstalling golf signage to many high-profile golf course clients across the UKand Europe. This included well-respected Gleneagles and St Andrews in Scotland. KWS provides a vast range of productsfinished to the very high standards from quality materials. Working with hardwood, softwood, aluminium,stainless steel, granite, real and re-constituted stone, acrylics, zinc, castbronze and much, much more.

The St Andrews, Gleneagles,Trump International, Turnberry, The K Club, PGA National (Ireland), PGACatalunya (Spain) – are just a few of the many golf clubs that have benefittedfrom Ken White Signs’ expertise.

In addition to golf signage,KWS entered in to a more corporate arena, working alongside some great designpartners. This enabled the pioneeringcompany to work on many interpretational and historical projects country wide.

In 2004 and 2006 respectively,Angie Dunn and Stewart Piper joined the team – expanding on the long-term andloyal employees who are still part of today’s workforce of 8 members.

The 2010’s brings us up-to-date on the last half-century of Ken White Signs in business:

The last decade has been a veryexciting period of reflection and growth, including a move to new premises atHalsgrove Units in Tiverton.

In 2016, KWS made asubstantial investment in state-of-the-art technology with cutting-edgeprinting equipment, which has enabled the company to increase its capabilitiesas a leading manufacturing business.

In 2017, the company as partof its 50th year celebrations, has launched a new bespoke productrange to the golf marketplace. The newTotem style golf tee signage products – a unique range of products like noother currently within the marketplace, includes the Kensington Totem tee sign- the slick shaped style product enables it to fit smoothly into any golfcourse skyline.

Read all about it: Tiverton Gazette

Read all about it: devonlive.com