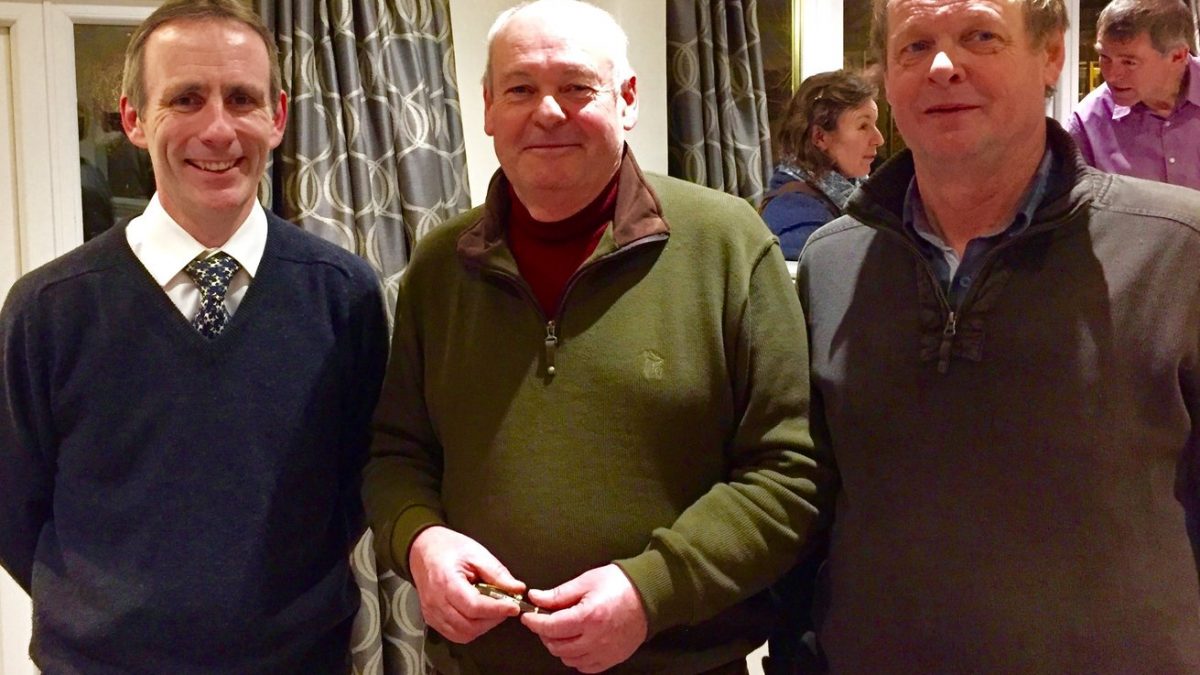 Members of the North Devon branch of British Grassland Society, flew in a special guest speaker to their last monthly meeting held at Cedars Inn, Barnstaple, sponsored by Babb & Green Finance. Hubert Charpentier from mid-France who farms 1000 acres of cereals, talked about how he uses the direct drilling technique under a cover crop, helping to dramatically reduce direct costs.

The British Grassland Society is a forum for those with an active interest in the science and practice of grass and forage production, and utilisation. The purpose is to bring together research workers, farmers, advisers, teachers and technical members of the agricultural industry. North Devon Grassland Society with 80 members, meet once a month between October and March to listen to informative presentations on the technical aspects of farming.

French speaker, Hubert Charpentier through his translator Tim Beedell (a UK national who now lived and farms in France), explained to the attendees how on his cereal farm he has fine-tuned the practice of direct drilling. He demonstrated how the technique has significantly reduced crop production costs, as well as power and machinery costs. This in turn has improved soil fertility and organic matter levels. Hubert has been advising on this innovative farming technique for over three decades. Significant benefits have been seen in areas of high rainfall, reducing soil erosion and maintaining soil fertility, plus a reduction in the requirement for artificial fertilisers.

Dave Budd, Society Secretary comments: “In Brittany the farmers are even growing maize within a living cover crop, and I think the French are onto something here. I saw on holiday while staying at Tim Beedell’s farm, the Lucerne growing away after oilseed rape had been harvested. He then drilled winter wheat back into the Lucerne after harvesting Lucerne bales for his suckler cows. The clever bit is adapting what they are doing for wetter North Devon, which has the potential for reducing the costs of milk production.”

Jonathan Gifford, partner at Haines Watts North Devon LLP, has been a member of the local society for four years. He comments: “I joined the forum in order to keep up-to-date with topical farming matters and new ideas and Hubert’s talk was incredibly interesting. It goes to show that whatever our trade or profession, we all need to think ‘outside the box’ in our approach to our work. The members were very grateful to Hubert for taking the time to come to North Devon from France to present to us.”