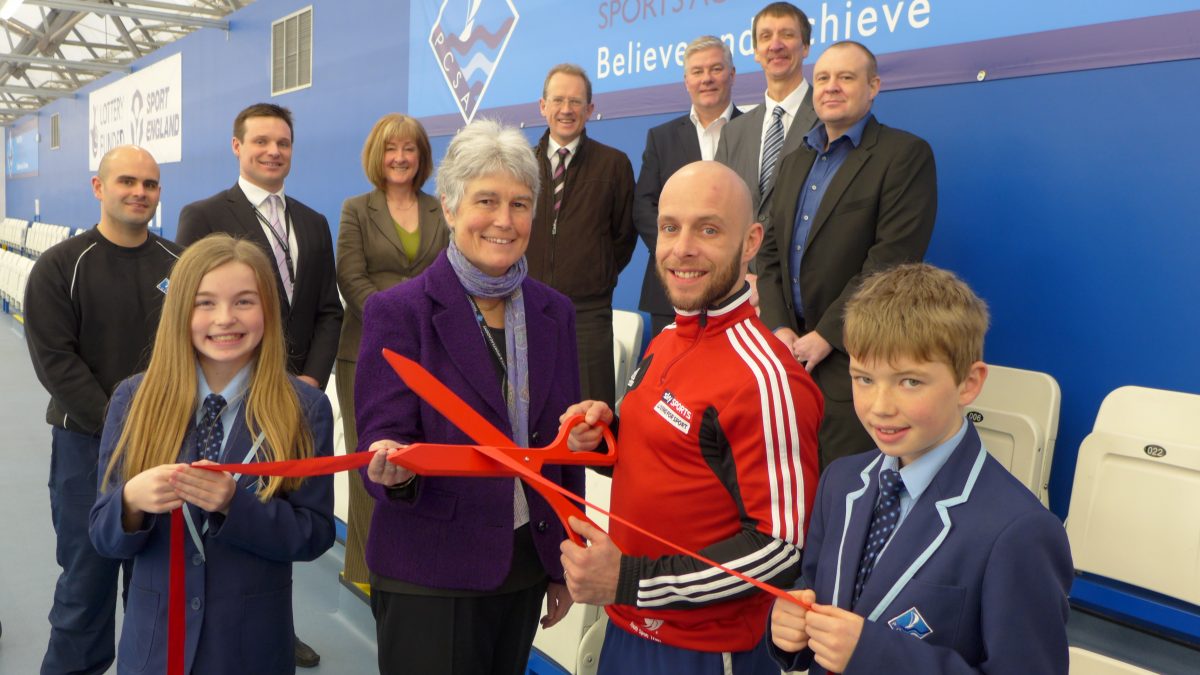 The new spectator’s area is the final phase of the original 1.6m sports arena completed in 2010, also funded by Sport England.The multi-use Sports Hub is utilised for Badminton, Netball, Tennis, Basketball, Futsal and Cricket, with the flexibility for multiple sports to be played all at one time.Phases 1 and 2 was overseen by Cost Consultants, Haldons Limited and SML Contracts were the contractors.The new seating will provide essential capacity for viewing and allow the facility to host regional and national tournaments, increasing the number of new visitors to Torbay.

Following the official opening, Peter took time to give a talk to ‘Gifted and Talented Sports Performers’ from PCSA with invited students from primary schools within the Paignton Academy Primary Sports Partnership, as part of the Academy’s commitment to working with its feeder primary schools.The students received the inspirational talk before taking part in three workshops focusing on: practical performance, core strength and planning for success.

The Gifted and Talented evening provided interactive sessions designed to help the students to consider a variety of different training techniques and lifestyle choices that can have a positive effect on their performance as athletes. The event culminated in a practical training session in the Multi sports hub facility, where parents of the children made good use of the new seating area.

See here for the coverage in Herald Express

See here for the coverage in Sunday Independent