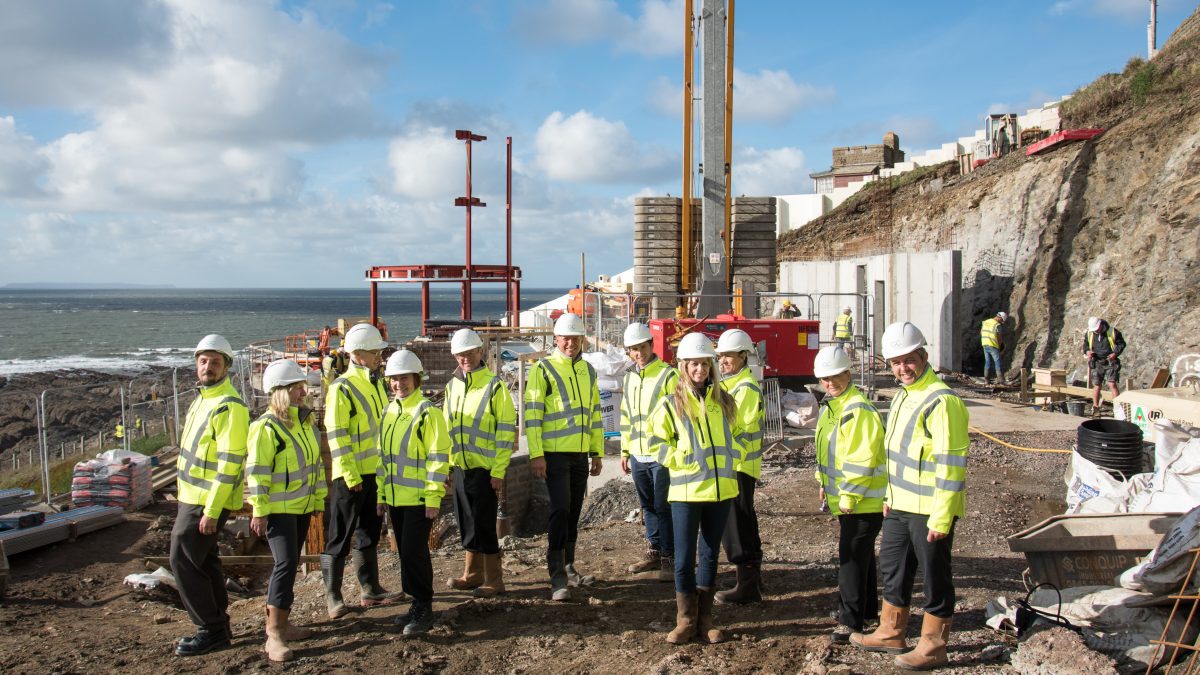 Long-established Chartered Quantity Surveyors, formerly known as Gates Construction Consultants, has rebranded as ‘Gates Consultants’ with a new logo and website. Originally established in 1947 by John W Gates in Bridgwater, the practice is celebrating its 70th anniversary, and over that time has evolved to provide a wide range of professional services within the construction industry.

Serviced from its head office in Barnstaple, plus two further offices based in Plymouth and Bristol, the team of 11 professionals at this award-winning practice, work across the whole of the South West region. The diverse variety of schemes range from: multi-million-pound houses, small community lead projects, skate parks, to large commercial warehouses, with project values from 250,000 – 15m.

Gates Consultants has been successful in being appointed on a new framework for the delivery of housing with Merlin Housing Society, and re-appointed on the Westworks Framework. In addition, the practice has been associated with several award-winning construction projects:

Chemotherapy Unit at North Devon District Hospital: won ‘Project of the Year with a value under 2m’ at the Michelmores Property Awards in 2016. The project was funded entirely by local fundraising and was very well received by the local community, staff and patients and officially opened by HRH Earl of Wessex.

Cedar Court in Rockbeare, near Exeter: a development of six individually designed houses for Jameson Homes, won ‘Residential Project of the Year 40 Units and Under’, at Michelmores Property Awards 2017.

Stafford Close Housing, Christow (Dartmoor National Park Authority): a Passivhaus development, won a joint award for the best submission in ‘Excellence in Planning Delivery’ at the RTPI South West Awards for Planning Excellence 2017 and was also shortlisted for the ‘Sustainable Project of the Year’ and for ‘Residential 40 units and under’ at the Michelmores Property Awards 2017, and also ‘Best Social or Affordable New Housing Development’ at the LABC South West Building Excellence Awards 2017.

Kevin Binmore – Director, Gates Consultants said: “We’re very excited about our re-brand and the new look website. Always outward looking, we strive to achieve excellence in all aspects of our business; so when deciding to bring all the services under the one brand of ‘Gates Consultants’, it was important to retain our traditional values with a modern company’s forward thinking. He adds: “We are also very proud of the longevity of the business, and the team is very much looking forward to celebrating our 70th milestone with clients, associates and supporters at anniversary events planned for the autumn, in Barnstaple and Plymouth”.

Read all about it: The Plymouth Daily