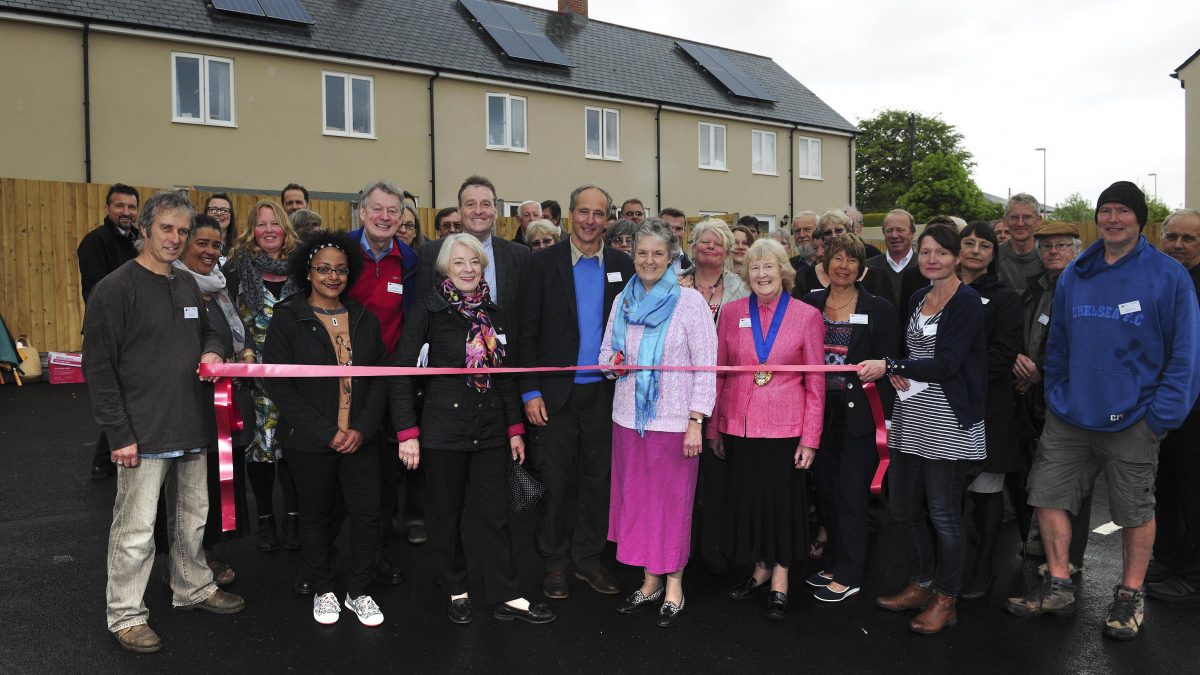 Symene Community Land Trust and Hastoe officially opened a new affordable housing development for the local people of Symondsbury at an event on Friday 22nd May.

The Symene Community Land Trust was formed in 2008 with the specific aim of providing affordable housing for local people. A survey of the parish indicated that there was a significant level of housing need and overwhelming support for a housing scheme for the benefit of the community. Support was provided by Wessex CLT Project and a partnership was formed with Hastoe.

The land was generously made available by local landowners George and Amanda Streatfeild who also formally opened the development.

“The CLT is very pleased that this project which started in August 2008 has come to fruition and that there are ten more affordable houses for local families in housing need. Thanks are due to all the partners involved in the project and particularly to the group of Symondsbury volunteers who had the foresight to set up the CLT some years ago and have seen the project through to reality.”

“I am delighted that the council have been able to help fund such an important scheme to provide much-needed affordable homes for local people. Particular thanks must go to the landowners for providing the land, without which the project would not have been possible. This development is just one of the ways we’re working with community groups and housing associations to provide affordable housing that meets the changing demographic and social needs of the area. I highly commend the work of all those involved and look forward to supporting more of these projects in the future.”

“We are delighted to have been part of this project with Hastoe, which will provide much-needed affordable homes to the local community. The project has gone well and we have enjoyed working with all the team.“

“I’m delighted to see our new homes at Symene opened after nearly seven years of hard work from everyone involved. I want to pass my thanks on to the landowners, the Community Land Trust, the District Council and the local community, without whom this development wouldn’t have been possible.”