Don’t miss the greatest magical illusions in the UK with legendary Gerry Cottle’s ‘The Magic Circus’ touring in Somerset!

LIFE IS A CIRCUS IN PR! 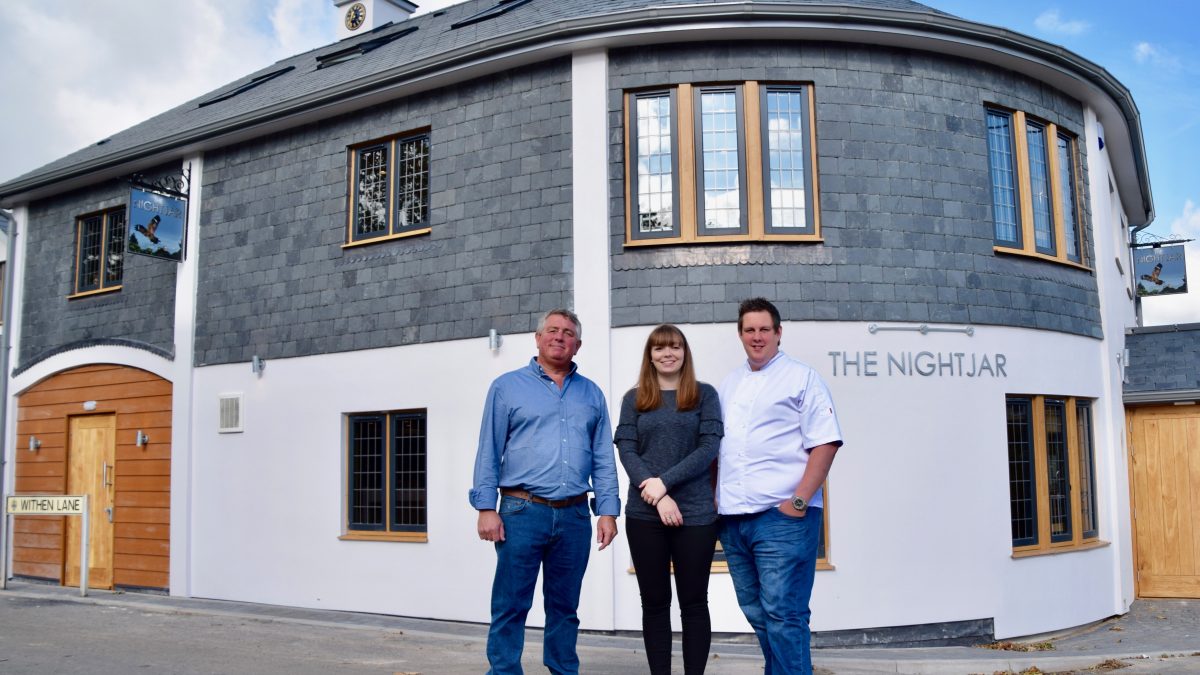 The village of Aylesbeare in East Devon is welcoming a brand-new pub to the very heart of the community at a time when UK pubs are closing at a rate of 29 a week. The opening of The Nightjar, which was named by the community, has been all the more poignant in light of the statistics revealed by the Campaign for Real Ale (CAMRA) and marks a milestone in the village’s history and brings new hope for the future.

Simon White and Julie Hall from well-known local catering company Posh Nosh, are partnering with developer Paul Brinton, in this exciting new venture in the hopes of creating a place for locals and visitors alike to meet, drink, eat and relax. The pub sits on the site of the former Aylesbeare Inn, which had sadly fallen into disrepair and beyond renovation so was demolished to be replaced by the new pub.

Simon says, “We know how important is for the village to have a pub at its heart. It’s not just a place to drink – it’s a place for friends and families to meet, socialise and make memories. That’s why we included the local community in naming the pub by running a competition and that’s why our doors will always be wide open to welcome everyone.”

Developer of The Nightjar Paul Brinton, whose front door is a hundred yards from the new pub, has lived in Aylesbeare for 14 years. When the Aylesbeare Inn went up for auction in 2012, the pub had been closed for three years and was in an almost derelict state. Paul originally bid for the land in hopes of building new housing on the entire plot but after hearing from the community about how important the pub was to village life, he decided to invest in building a new pub and housing that would breathe new life into Aylesbeare.

Paul says “We had some initial opposition to the idea of building a new pub, but when people realised the old one was beyond repair and they might lose this community hub, they really came around, and are now very excited to have it. We’ve put a great deal of effort and money into creating something really special that we hope will stand in the village for a long time.”

With them, Simon and Julie bring a young and talented Head Chef, David Brown who will live above the pub with his partner Cathlin who will be running the front of house. The pub will be serving tea and coffee throughout the day with a traditional pub lunch menu of honest hearty food with a twist, as well as evening meals in the restaurant area upstairs.

Head Chef David says, “We want this to be the kind of place where you come in and feel at home, even pop by the kitchen to have a quick chat. We’ll be serving dishes that make the most of the fantastic local produce we have on our doorstep, and hope to put Aylesbeare on the map for having one of the best pubs in the area.”

Read all about it: One Magazine