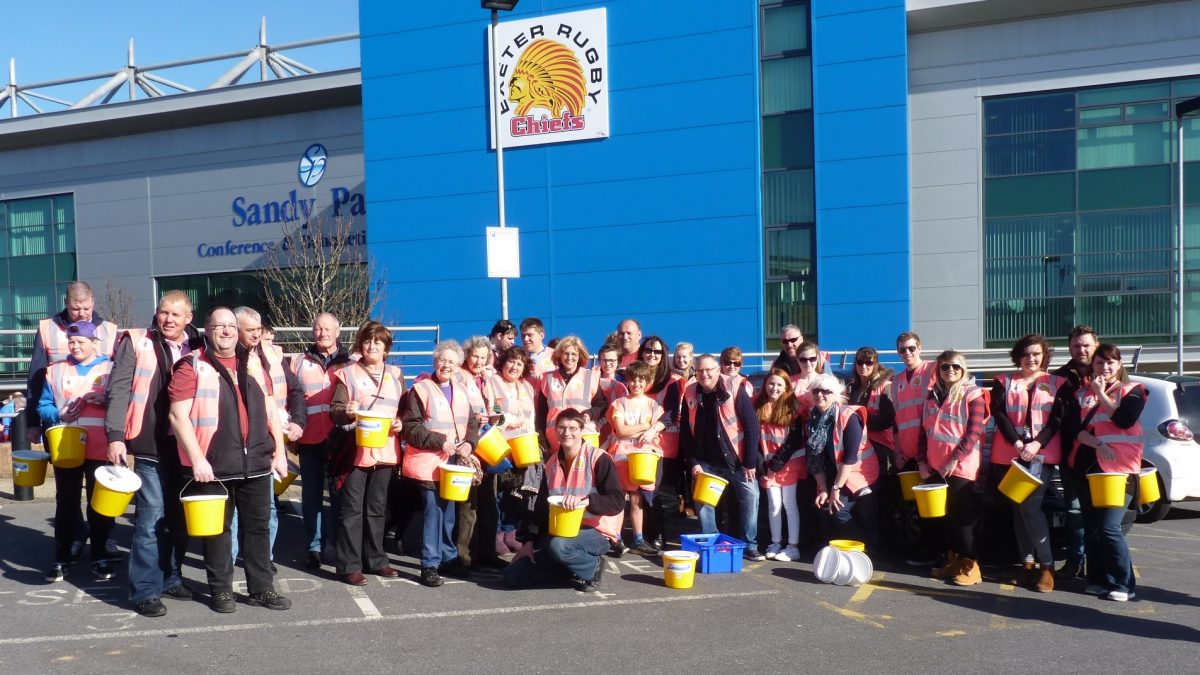 More than 40 staff, supporters and learners at WESC Foundation collected 1439 at Sandy Park on Saturday, when Exeter Chiefs played against London Welsh, winning 74/19 to storm into second place in the Premiership.

WESC Foundation was founded in 1838 and is based on the Topsham Road in Exeter.The charity is dedicated to sharing knowledge, expertise and technologies through effective partnerships and transforming the lives of those affected by visual impairment.

The local worthy cause is one of the 19 designated charities who benefit from the Chiefs Exeter Foundation. The Exeter Foundation was born out of the desire by Exeter Chiefs Rugby Club and a group of Exeter businessmen to create a focus for the future of the city and its surroundings, for the benefit of all citizens. Its aim is to create a sense of community to promote civic events, culture and heritage. Local money helping local people via various fundraising mediums.

Chris Bentley, Corporate Sales Executive – Exeter Chiefs said: “The Foundation has been set up by a group of professionals, conceived in part from the need to formalise the charitable fundraising at Exeter Chiefs Rugby Club. Monies collected from bucket and car park collection is designated for the 19 local charities who gather the collections at home games each season. These monies go into a central designated fund. At the end of each season, these monies are distributed between all the charities that have taken part in the collections. The system is simple; the final amount collected is divided into shares, each organisation receives the amount of shares relevant to the amount of collectors and frequency of collections that their organisation has assisted with over the season. This money is effectively ring fenced for the benefit of the participating charities including WESC.”

Jon Duckham, Fundraising Manager – WESC Foundation said:“We had fantastic support with collectors at this important game for the Exeter Chiefs and on the day we were all winners as we raised nearly 1500.I would like to take this opportunity to thank Exeter Chiefs for selecting us as one of their chosen charities of the Exeter Foundation and wish them every success for the rest of the season.”