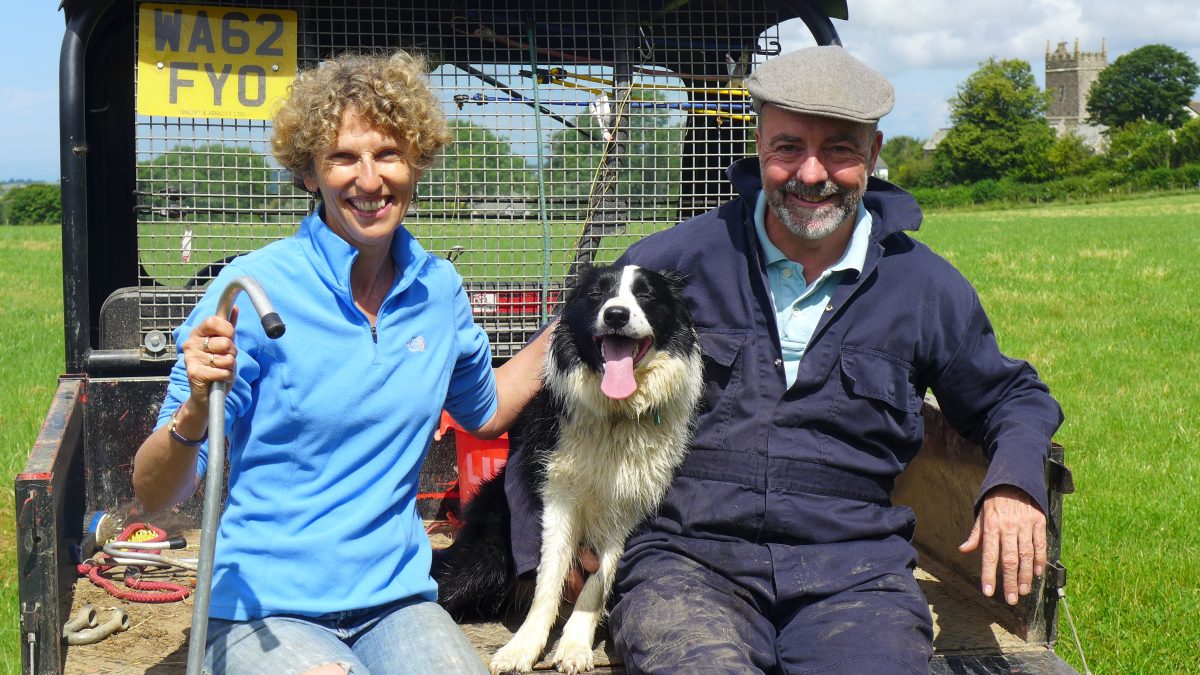 What is Haines Watts about?

We are a Top 20 firm of chartered accountants and our role is to support businesses and individuals with their finance, tax, business development and future growth. Award-winning we were named Accountancy Firm of the Year – Small, Medium Size Entities (SMEs’), at the annual Financial Directors (FDs) Excellence Awards.This award follows on the back of the Haines Watts group winning ‘Auditor of the Year’ in the SME category for two consecutive years.

Who are your clients?

I am a farmer’s son. I was brought up on a farm near Bridgend in Wales.I was one of five children. My mother who was a teacher kept telling me there was no money in farming and there were easier ways to make a living.Before I went to university I was asked by a highly successful butcher in the cattle market what I wanted to do next. I said I was going to university. He asked me why I bothered when my dad could teach me more in three hours at the cattle market that I would ever learn at university in three years. He understood when I confirmed that I had already had that three hours. I went to Aberystwyth University to read economics and business. I liked business. I thought about law but opted for accountancy in the end. I joined Pricewaterhouse in Cardiff in 1979. I became a qualified chartered accountant and in 1985 I got the chance to manage Sully and Co in Bideford.

Any regrets about your career choice?

No. I did not go into farming, although accountancy allowed me to alleviate some my withdrawal symptoms by specialising in agriculture. I’ve just bought a 50-acre farm near Bideford. I love being on the farm. I got dragged on holiday to Tuscany this summer by my wife but I couldn’t wait to get back home to my farm and livestock. I have 120 sheep and Charolaise rams, nine Ruby Red Devon cattle and five alpacas. They make great guardians against foxes. I have ‘Ant and Dec’ my two pigmy goats. They were a birthday present. We also have chickens and three dogs. I am most happy when I am on my farm or pheasant shooting with my dogs at my side. I belong to a farmers’ syndicate in Weare Giffard which I find invaluable for asking farming advice. Farmers will always help each other out. We’re never really in competition. We all just try to do the best we can and hope for a good price for our products.

Does having a farming background help in your current career?

Absolutely. I have an interest in all my clients. I thrive on diversity and the more you understand about their business and appreciate their position the better placed you are to help them grow. It is through farming or rather a young farmers’ exchange weekend that I met a gorgeous blonde from Bideford who became the first Mrs Edwards.That is how I ended up in North Devon and got the chance to manage Sully and Co in Bideford which I joined in March 1985. On 1 April 1986 I was made partner. I realised accountants have a good sense of humour when I received a letter from the Institute of Chartered Accountants about some discrepancy in my exam results which meant I may not be qualified after all and so could not become a partner. That was my first day as a partner, I was paralysed with panic until I realised it wasn’t even the proper letterhead. It was an April Fool’s prank by the team in the Barnstaple office. A sense of humour certainly helps when you’re dealing with clients who come to you with challenges and problems and concerns about taxation. Lightening the mood helps my clients relax and focus.

You mention Mrs Edwards, how many have there been?

I have been happily married to my lovely wife Sue for 13 years. She’s a London girl but I am slowly converting her into ‘Shepherdess of the Year’ and luckily she shares my passion for farming. I have two step-sons Ben, a chemistry teacher in London and Alex who is reading Agriculture at Cirencester.Alex would like to be a ski instructor which I fully support so long as he has another backup plan if that fails. He had four weeks’ work experience with us during the lambing season. I am delighted to say that, as all stepfathers should, I truly got on his nerves.

What is it like being Welsh in North Devon?

Brilliant. I feel very Welsh. My car Reg. is WE11 SHJ – Why shouldn’t I be proud of where I come from? I’m told that my nickname in the tax office in Bideford is ‘Welsh Wizard’. I’m the token foreigner but I feel accepted. My advice would be to be proud of where you come from but fit in as much as you can. I love rugby and especially the national side. I’m not too happy with their performance lately though. I think the squad needs refreshing. I was in Ireland during the World Cup for a partridge shoot and Wales beat Ireland in the World Cup. After the game the Irish contingent debated whether to bury me under a golf bunker but decided against. Inspired by the game, I had the best shoot ever. I just couldn’t miss.

How did you get involved with Haines Watts?

On my 52nd birthday I woke up and realised I had taken my firm Sully & Co as far as I could. I was thinking about the company’s future development. We started looking at the next stage. After two years we concluded that a good way forward would be to be taken over by Haines Watts. I had to be sure that what came after would be better than what was before. We became part of Haines Watts in 2011. They kept everything which was great and good about Sully & Co but now we have the advantage of being part of a national firm with a lot of expertise in many fields and skills we can draw upon. Now we have an expert in anything which can only be good for our clients. Given the national awards that Haines Watts have won I am delighted with my decision to join them.

What has changed in the industry in your time?

There is a lot more bureaucracy and administration the benefits of which I fail to appreciate. If you make more rules and regulations you will only penalise those who abide by the rules and regulations. There are parallels with the farming business. Trying to move livestock from one location to another can be a bureaucratic nightmare. It’s a total nonsense when supermarkets buy from all over the world. Foot and mouth was heart breaking. Compensation did not matter to farmers when they were being asked to destroy dairy herds they had spent a lifetime breeding. No amount of money can compensate for the emotional damage they suffered. There are many similarities between farming and accountancy. As an accountant I have a farming work ethic. I get up early and stay up late and go home when the job is done. Every member of my team wants to excel. I have to do all I can to help them achieve that. It helps to create a happy work environment that’s enjoyable to be in.

What are your hobbies?

Between work and the farm I don’t have much time. My wife Sue has made me go on holidays to get away from it all. I am so lucky to be able to do something that earns me a crust in such a beautiful part of the country. I just love where we live and also like dealing with our clients who are all caring, passionate, hard-working people. Sue has got plans for us to go on holidays to New Zealand and Ethiopia. I guess New Zealand with all the sheep and the rugby should be OK.The trip to Ethiopia is intended to progress a water-well project being organised through my Rotary Club.

You obviously love the Westcountry but what about Wales? How often do you go back?

I tend to go to see one rugby international game and otherwise visit three or four times a year. I don’t pine to go back really. I just love where I am, what I am doing and who I am doing it all with.