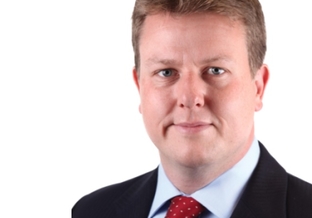 Would you trust your teenager with a large sum of money? New research by YouGov, commissioned by Brewin Dolphin, the wealth manager, indicates that most UK adults do not trust 18-year-olds to inherit or handle significant sums of money, and feel that the early and mid-twenties is a more financially responsible age group.

Legally, once a child turns 18 he or she can access the money in their junior ISA (JISA) – as set up on their behalf by parents and grandparents – and spend it how they please. However, two in five adults (43% of mass-affluent individuals and 40% of UK adults across all income groups) believe 18 is too young for children to be given control of such savings plans, according to the survey.

The majority of mass affluent respondents also felt that restrictions should be placed on children inheriting wealth – only one in 10 (9%) people felt that no restrictions are needed – with a quarter of people (25%) saying that children should be at least 25 to inherit without restriction.

The wealth manager’s survey also finds that a third (33%) of British adults think a child is not responsible enough to be given a significant sum for a home deposit until they are aged at least 26.

Despite this, help towards a deposit for a new home tops the list of ways in which Britons think parents should financially support their children, with 37% of the wealthy and 27% of adults of all income groups citing this. This is followed by 35% of wealthy and a fifth of UK adults of all incomes saying parents should help with paying their children’s university costs. Surprisingly, there is a huge divide in this area across the regions – almost half of Londoners (46%) agree that parents should help pay for university, compared with just 16% and 17% in the North East and East Midlands respectively.

Paying wedding costs is another popular way Britons think parents should help their adult children, with 26% agreeing they should give this financial support. Yorkshire and Humber is the region most inclined to this view, with 33% of respondents, compared with only 14% in Wales.

Commenting on the findings, Rob Burgeman, Divisional Director of Investment Management at Brewin Dolphin, said: “While there is a commitment by parents and grandparents to ensure that their children and grandchildren have the best financial start to adult life, they do not want to see their money wasted or become the cause for financial recklessness and frivolity. Some would rather wait until the recipients of their wealth have reached an age of financial maturity, so that the money is spent in a way that reflects the spirit in which it was given.”

When it comes to financial education, the overwhelming majority (83%) of adults across the UK agree that it is the job of parents to teach their children about responsible money management. Over three quarters (76%) of adults also agree that pocket money is a good way to start teaching children to appreciate money and instil a sense of financial independence.